Mergers Under The Companies Act, 2013

Chapter XV of the 2013 Act, Sections 230 to 240 deal with “Compromises, Arrangements and Amalgamations.” In this chapter, the Act consolidates the applicable provisions and related issues of compromises, arrangements and amalgamations; however, other provisions are also attracted at different stages of the process. Merger means combining of two or more entities into one, which results in merger of all the assets, liabilities of the entities under one business. The dissolution of company/companies involved in a merger takes place without winding up. The possible objectives of mergers are manifold- economies of scale, acquisition of technologies, access to sectors / markets etc. 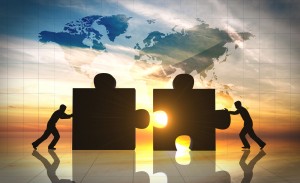 The memorandum of association of the companies seeking to merge, should give power to companies to amalgamate. Also, the creditors of the companies must approve the merger scheme. Notice of merger along with merger proposal and valuation report etc. needs to be served upon creditors, shareholders, and various regulators (MCA, RBI, CCI, Stock exchanges of listed companies, IT authorities and other sector authority likely to be affected by merger.) Shareholders and creditors are given option to cast their vote through postal ballot. Tribunal can order meeting of creditors if application is made to the Tribunal under section 230 for the sanctioning of a compromise or an arrangement for merger or amalgamation. Objections can be raised by shareholders who hold 10% or more equity or creditors whose outstanding debt is 5 % or more of the total debt as per last audited balance sheet. Prior certification from auditors saying accounting treatment is in consonance with accounting standards needs to be filed with stock exchanges (for both listed and unlisted companies).

Board of Directors need to approve the draft proposal after which application will be made to respective High Court (State where registered office is located) in Form no. 36. After the approval mentioned above, the scheme will have to be filed with the Official Liquidator, RoC and the Central Government. In the event of there being “no objection,” this will be deemed as approve. The 2013 Act has established National Company Law Tribunal which will handle all the matters related to company law and replace the HCs.

After the Court order, its certified true copies will be filed with the Registrar of Companies.

If a listed company merges with an unlisted company under the Act, then unlisted will by default not become listed. The option is given to the transferee company to remain unlisted till it is listed or applies for listing, provided the shareholders of the merged listed company are given an exit opportunity. It also provides that provision should be made by the NCLT for an exit route for the shareholders of a transferor company who decide to opt out of the transferee company by making payment amounting to the value of the shares and other benefits.

The Act provides for Fast track mergers[1] in cases of merger between:

Under the procedure for fast track mergers, the notice of the proposal to the Registrar, official regulators and persons affected by the merger has to be sent within thirty days. They can provide their objections and suggestions. The merger proposal has to be approved by member holders of 90% shares at the general meeting and majority representing nine-tenths in value of the creditors at the meeting convened by giving 21 days notice. The notice to the meeting to members and creditors has to be accompanied by merger scheme and declaration of solvency.

The transferee company has to file merger scheme (within 7 days of meeting) and declaration of solvency with ROC. Objections of ROC or official liquidator have to be communicated to Central Government within 30 days in writing. Central government has time period of 60 days after receiving merger proposal to file objections before tribunal which will consider whether the scheme is appropriate for fast track merger or not.

The Act also permits ‘Cross border mergers’ between Indian and foreign company located in a jurisdiction notified by Central government in consultation with RBI. [2] The consideration of a merger, which will also be subject to the approval of the RBI, could either be in cash or depository receipts, or partly in cash and partly in depository receipts.

Demerger includes transfers, pursuant to the scheme of arrangement by a “demerged company” of one or more undertakings to any resulting company in such a manner as provided in section 2(19AA) of the Income Tax Act, 1961.  The rules prescribe that the difference in the value of assets and liabilities in the books of a demerged company will be credited to its capital reserve or debited to its goodwill. Moreover, the difference in the net assets taken over and shares issued as consideration will be credited to the capital reserve (excess) or debited to goodwill (deficit) in the books of the resulting company.

A certificate from a Chartered Accountant will also be required to be submitted to the NCLT to the effect that the accounting treatment is in compliance with the conditions so prescribed. 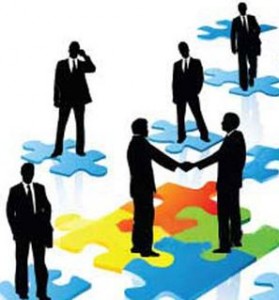